If you are on a linux box, you could just run qemu-img to resize the virtual hd file. But on Mac, at least I could not get qemu to build. So using the Virtualbox command line tool I did the following :

Virtual box does not have support for resizing QCOW files, so you have to convert it into either VDI, VMDK format before you can resize the file. If the file is not too big and you have ample space, this is a fairly quick solution. Also note that with modifyhd --resize you can only extend a file, you cannot shrink it.
Posted by Satish at 12:33 AM No comments:

The Narrows Hike - A Memoir

Very well written by Viswa about the Narrows day hike we did recently. One of the best groups I have hiked with.


Where the hearts meet and the girls eye diamonds,
Not the typical gentlemen's clubs,
But for him, PRASAD, a place to spade out some bucks,
He's a gambler with lots of luck.

Walked in with style, she dealt the cards out,
Amazing ride, his sequence flushed out,
He called it his hand, cashed in his demand,
Ready to walk out, she can; but SRI KAN'T.

All for one, One for all,
Consumed with chores, once and for all,
He has you but mostly you have him,
Trust you won't be lost, he's a MESH around U.

As the ocean calls for drops
Or the river Virgin may be,
The joy ends up with the caller
But the burden's borne by the KOLLI.

Don't know much about knee pain,
Don't care much about need to train,
Can't help him watch sing along,
That will make you see A RUN along.

Hopping over the stones like a rabbit,
Makes you wonder how he got into this habit,
A cam and a camera in each hand,
The lenses were blessed to be NAVEEN'S friend.

Just when you thought you got me,
I tell mom nature, not a chance there be,
Not for a moment, please think I'd drop,
Up like a bouncy BALL, GEE I pop.

Slide to the left, right and front,
Wait up to catch up, behind that were left,
Point to the steps, so they step to the point,
They do what you say, NAIDU what you do.

You pin to his route, he figured it all out,
Follow his steps and you will hardly step out,
In the event you missed, his trek so swift,
To help he will turn like an EERPINI bend.

Life's a journey, a longer one for some,
Like a drop of a whiskey versus a bottle of rum,
Moon may be bright, but it's the Sun with the light,
Who knew otherwise until CHANDu was with us, right?

Open the gates, you see them nine,
Expend an hour or two, they were fine,
The two streams met, then there were five,
When the Sun has set, SATEESH helped survive!

The Narrows Hike - at around ~10 Miles in 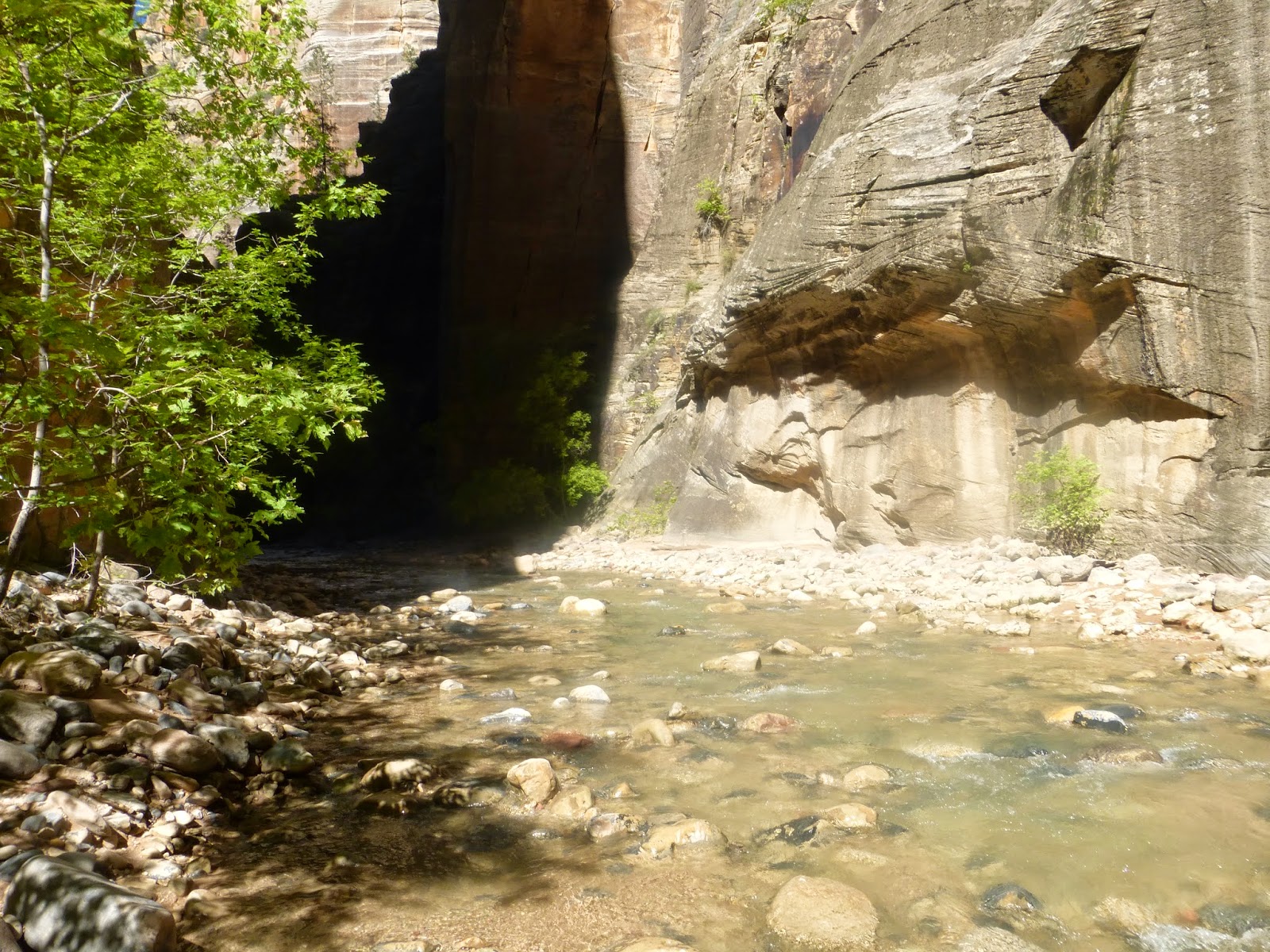 The last shuttle leaves the Temple of Sinawawa in another five hours, at 1930 hrs. Tall canyons, millions of years of water and ice shaping up the stone, the process visible before your own eyes as water gushes down on the smooth and round stones. Your mind snapshots the beauty of the surroundings, but your body would rather get this over with. No one in sight, only the sound of water persistently eroding away the canyon walls. With every step, you slip, stumble, your brain corrects for the movements, and before you topple, you gain a tighter footing. The swollen knee cap from the earlier fall is feeling better being in knee deep cold water, yet it could totally do without working against the steady current. Will I survive another 10 miles without injuries, will I make it before sunset, will it matter if I don't ? I am hungry, I have not had any food so far. Though there is no lack of energy, I can feel my stomach caving in. The solitude and force of the nature around, strangely encouraging and replenishing. No tasks, no schedules. I am not waiting for someone to reply back, I am not thinking about dealing with the next shit storm. Just the plain primal goal of survival. Relieving.

The Regular Sunday Night
I have to get to work tomorrow. Preferably early in the morning, so that I can retain that sleep and food schedule going for the rest of the week. Have a few tasks that have rolled over from friday and would possibly want to wrap them up before getting along with the day. Have to make sure I have breakfast in the morning. Sleeping now would be a good idea, but a better idea would be to turn away from the screen, read something for a while and then try to sleep. I had my flex armband turned off today, so I am probably going to figure in the bottom few on this week's leaderboards.

What ?
I rarely write about life, but when I do, it is pretty abstract. What I am comparing above are two self-centered memories. Questioning the flow of time around me and my buoyancy is the intent here, because it seems to be so very dependent on the layers of complexity you spin around yourself. The basic animal self never has to worry about anything more than the simple art of survival : food, sleep and sex.
Posted by Satish at 10:50 PM No comments: